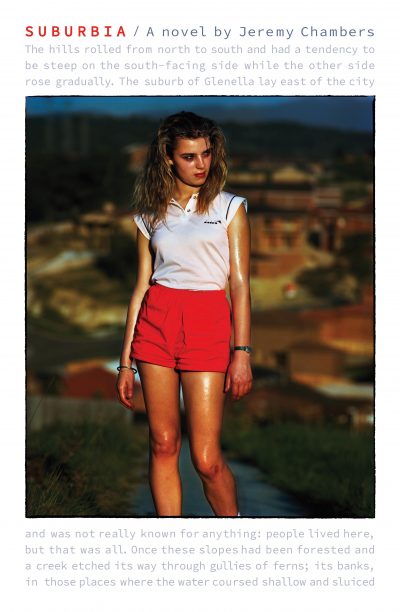 Melbourne author Jeremy Chambers’ second novel is a nostalgic coming-of-age story set in the unglamorous outer-eastern suburbs of Melbourne in the 1980s. The book’s protagonist Roland is a bookish outsider among the hyper-masculine, economically precarious working class of his home suburb of Glenella. At home, his reputation as an intelligent high achiever is unchallenged, and he withholds the truth that his tireless work only produces middling grades at the private school his parents have scrimped to send him to. Lacking any direction, and with his parents’ misplaced trust that he will find his own way, Roland drifts into the suburb’s culture of petty thievery and retaliatory violence through a friendship with a neighbourhood layabout. Darren, and his close circle of friends (and wider circle of unsavoury associates), are a conduit for Roland’s loss of innocence, through drinking, drugs and sex, which are stripped of any enjoyment given each is accompanied by escalating violence. Through it all, Roland is driven by his fascination with Cassie, a neighbour and family friend—although he’s too naive to understand Cassie’s own vulnerabilities to the suburb’s malevolence. Chambers’ writing feels fresh and his descriptive language renders Glenella in sombre beauty, while the (mostly male) characters are humane and nuanced, developed beyond stereotypes. The book could be read as a fictional companion to Luke Williams’ The Ice Age, which shares similar themes and geographic setting, as well as an atmosphere of despondency.