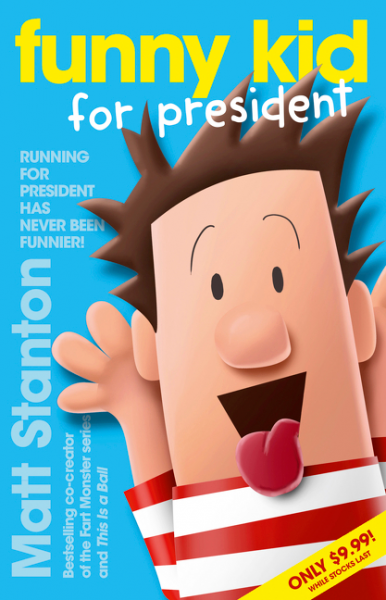 Bestselling Australian children’s author and illustrator Matt Stanton (There is a Monster under My Bed Who Farts, This is a Ball) has launched a new middle-grade series called ‘Funny Kid’ aimed at fans of ‘Diary of a Wimpy Kid’, ‘Tom Gates’ and ‘Big Nate’. The first title in the series, Funny Kid for President, is at the top of the Australian children’s fiction bestsellers chart for July. Another bestselling Australian author Sally Rippin (‘Billie B Brown’, ‘Hey Jack’!) has a new junior-fiction series debuting in the chart. The Wayward Witch and the Feelings Monster: Polly and Buster Book One explores the magic of friendship through the unlikely pairing of a witch and a monster.