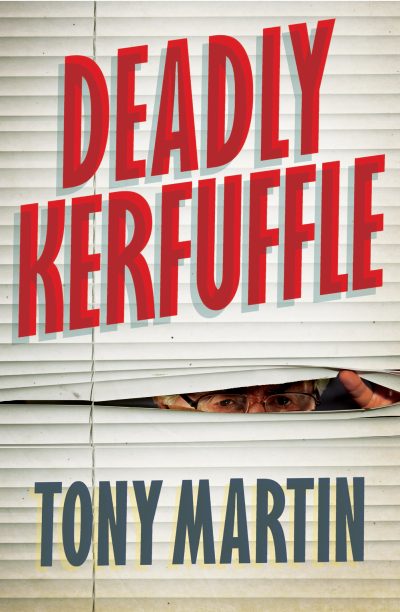 Dunlop Crescent is in an uproar. Muslims have taken over this once peaceful enclave. The Tamaki family, as rumour has it, are turning their house on its axis so it can face Mecca. Coral Stooles, local gossip and owner of a trouser-mending business, is spreading misinformation far and wide. Making matters worse is campy shock-jock Julian Spence, who has branded Dunlop Crescent Terror Street. The problem is, the Tamakis are mild-mannered Maoris. As tensions rise, local resident and grumpy old man Herb Turgent seems to have taken matters into his own hands. The Tamaki house has been burnt to the ground. Did he do it? His best mate, Gordon Berenger, decides to act as sleuth and find out the truth. In the process he gets himself into all sorts of bother, including a bomb plot involving some seriously frightening neo-Nazis. Tony Martin’s debut novel is a rip-roaring ride through suburban Australia, its anxieties, obsessions and weird imaginings. It’s a story full of recognisable characters: nut jobs, curtain twitchers, rat bags, serial letter writers and opportunistic shock-jocks. Not to mention the odd normal person. Deadly Kerfuffle has local colour, snappy dialogue and smart observations. Both hilarious and human, it celebrates contemporary Australian life, warts and all.