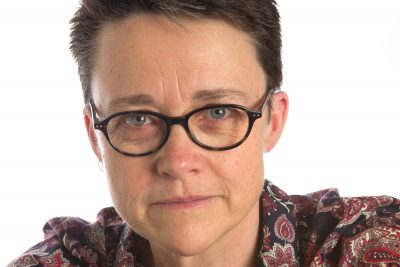 Scholastic has acquired world rights to ‘The Fire Watcher Chronicles’, a new middle-grade fantasy trilogy by historical fiction and YA author Kelly Gardiner.

‘The Fire Watcher Chronicles’ is a ‘time-slip’ trilogy about a young Londoner Kit who is living through the Blitz during World War II. At night Kit patrols the streets, spotting fires and dodging bombs dropped by German planes.

The first book, Brimstone, follows Kit as he travels back to the Great Fire of London, requiring him to fight fires in two centuries. The second book, Phoenix, will see Kit travel to the ninth-century Viking invasion of Britain. The trilogy concludes with Vigil, where Kit visits Roman London as it faces the onslaught of Boudica and her armies.

The trilogy was acquired by Scholastic publishing manager Clare Hallifax and negotiated by Danielle Binks at Jacinta di Mase Management.

Gardiner said she is ‘delighted’ to work with Hallifax again, having previously collaborated with her on 1917: Australia’s Great War, which was shortlisted for the Young People’s History Prize at the 2017 NSW Premier’s History Awards.

Binks said the sale reflects a broader need across the industry for more ‘compulsive’ Australian middle-grade fiction. ‘Strengthening our national youth literature with compulsive reads for eight- to twelve-year-olds will ensure they have brilliant and compulsive books at all ages of their reading life, [and] ensure they get hooked and become readers for life’, said Binks.

Brimstone will be published in 2018.