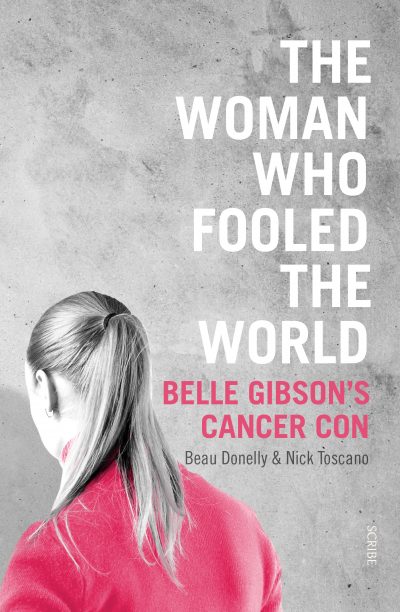 The now infamous story of how Belle Gibson gave false hope to cancer patients in a global health and wellness scam is a treasure trove of lies and complicit enabling. It is story that journalists Beau Donelly and Nick Toscano—who broke the news of Gibson’s deceit—unpack, charting Gibson’s life, from her childhood to the heights of her success and her eventual unravelling. The journalists’ task is not without its challenges, particularly given none of Gibson’s old friends and business partners would speak to them. As a result, rather than simply recounting Gibson’s story, Donelly and Toscano contextualise her meteoric rise to fame by situating it at the nexus of several forces—a burgeoning, whitewashed wellness industry that eschews science in favour of aesthetics, a social media-driven culture where fake news proliferates, and the hopelessness felt by cancer patients. In doing so, the authors widen their focus to examine what Gibson’s success says about us as a society. Particular ire is reserved for the companies who aided Gibson in her quest without the proper due diligence, such as Apple and Penguin, with compassion reserved for the ultimate victims of the saga—the cancer patients who followed Gibson’s advice and suffered for it. This book will appeal to those who enjoy reading in-depth reportage and examinations of the wellness industry, such as Brigid Delaney’s Wellmania.

This is Not a Book About Benedict Cumberbatch (Tabitha Carvan, HarperCollins)  Nonfiction