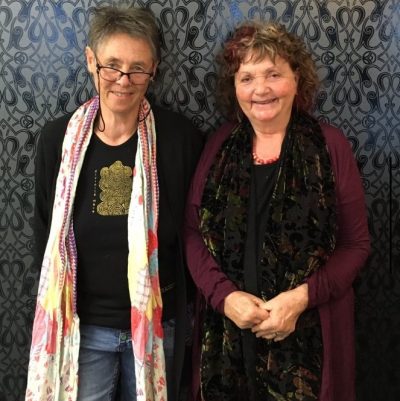 Founded in 1991, Melbourne-based Spinifex Press publishes innovative and controversial feminist books and ebooks with an optimistic edge. Spinifex Press was also one of the first small publishers in Australia to export its books. Co-founders Susan Hawthorne and Renate Klein spoke to Think Australian:

We are always ahead of the cultural curve and our books contribute to the discussion of issues often long before they become mainstream. For example, diversity is a current buzz word, but few publishers actually do diversity. We have done so throughout our existence. We publish books that reflect the interests of multicultural, Indigenous, disabled, lesbian and multilingual readers. Our fiction and poetry is inventive and we take a lot of risks. We also do a lot of selling of rights internationally both in translation, as well as doing co-editions with other independent presses.

This changes every year. In 2016 we published just three because we had a series of events for our 25-year anniversary and there are only so many hours. In 2017, we’ve published 10 books. 2018 looks as though it will be between these, probably six.

Yes, we are frequently selling rights to many of our books. In the weeks before Frankfurt we sold Italian-language rights to Judy Foster’s Invisible Women of Prehistory and Czech-language rights to Susan Hawthorne’s Bibliodiversity: A Manifesto for Independent Publishing  We expect Frankfurt will see more sales. The range of languages is constantly increasing. For example, we have recently sold into Arabic, Vietnamese, Turkish as well as Spanish for the Latin American markets. Lara Fergus’ debut prize-winning novel My Sister Chaos will be published in Tamil in 2018; we also sold Macedonian rights on her novel.

The book with the most languages is Betty McLellan’s Help! I’m Living with a Man Boy with 16 languages so far. Bibliodiversity has sold into more than 20 territories. Our recent book The End of Patriarchy: Radical Feminism for Men by Robert Jensen has sold very well in the US and Canadian markets. This is not a rights sale, rather we originated this book with world rights, printed in the US and it is distributed by IPG. Melinda Tankard Reist’s books such as Defiant Birth, Getting Real, Big Porn Inc and Prostitution Narratives are always good sellers, both in Australia and overseas. There are many ways to sell books overseas. By exporting books into North America and the UK, Spinifex has developed a strong brand name in both these markets.

In nonfiction, Judy Atkinson, whose book Trauma Trails, Recreating Song Lines: The Transgenerational Effects of Trauma in Indigenous Australia is well recognised in courses overseas, but has not sold rights into other languages. It is a book which is insightful for any group suffering transgenerational trauma. She recently did a fabulous TEDX talk in Sydney.

In fiction, Merlinda Bobis, whose novel Locust Girl: A Lovesong won the Christina Stead NSW Premier’s Literary Award for Fiction in 2016 has sold into her native Philippines and, like her other books, won other awards too. The subject of Locust Girl is the coming climate change crisis written in the most imaginative prose that you are likely to encounter. Her earlier novel, Fish-Hair Woman was published in Spanish in 2017.

Have you acquired the rights to publish any international titles in Australia? What are some of the standouts?

Our hard-hitting books such as Kathleen Barry’s Unmaking War, Remaking Men, Rachel Moran’s Paid For: A Journey through Prostitution, Pornland by Gail Dines and the anthology Not For Sale edited by Christine Stark and Rebecca Whisnant have all sold well in Australia.

In 2018 we have acquired world rights and are originating the latest book by the internationally known poet and feminist activist, Robin Morgan. Her collection, Dark Matter: New Poems, is an amazing book full of this poet’s extraordinary insight and wit. She writes about art, Parkinson’s, death, activism and aging. Robin’s first poetry collection, Monster, sold well over 50,000 copies and her other poetry titles are still in print after more than two decades. Her TEDX reading of the poems in Dark Matter has already attracted a million views. We are thrilled to be publishing her newest book.

Given the success of our ‘Spinifex Shorts’ series we are expanding this list. In 2017 we published Helen Lobato’s Gardasil, which has received reviews internationally, and we have just released Renate Klein’s Surrogacy, which has already drawn international responses and we expect interest in this title at Frankfurt Book Fair.

In 2018 we will publish another book in this series on Adani by prize-winning journalist Lindsay Simpson. It is as yet unnamed, but it promises to be a hard-hitting exposure of the proposed Adani mine in Queensland and its impact on Indigenous communities, the environment and the Great Barrier Reef.

All the titles in this series deal with issues affecting people internationally.