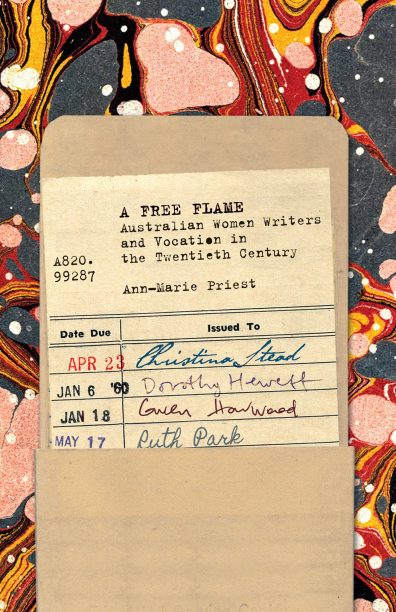 This book traces the creative vocations of four notable Australian women writers of the mid-20th century, hinging on the notion of writing as an urgent, privately held imperative. Ann-Marie Priest’s subjects are Gwen Harwood, whose writing practice was curtailed by her inability to reject the demands of motherhood; Dorothy Hewett, who was haunted by the apparent incompatibility of a fully realised artistic practice with a well-lived life; Christina Stead, who feared that an unlovely and unloved woman could not be taken seriously as a writer; and Ruth Park, who was hampered by financial and domestic burdens, and whose pragmatic freelance career was sometimes at odds with her creative passion. Through close readings of these women’s diaries, letters, poetry and fiction, Priest explores the pressures and challenges they faced, and shows how they ‘were able to authorise themselves to become artists at a time when “woman” and “artist” were generally considered to be mutually exclusive terms’. This slim volume has a tight focus, and assumes some degree of existing familiarity with its subjects. However, A Free Flame largely avoids the traps of research-heavy monographs, managing to be both readable and packed with ideas. Fans of Bernadette Brennan’s recent literary biography of Helen Garner will enjoy this exploration of an earlier generation’s brilliant careers.

Veronica Sullivan is prize manager of the Stella Prize