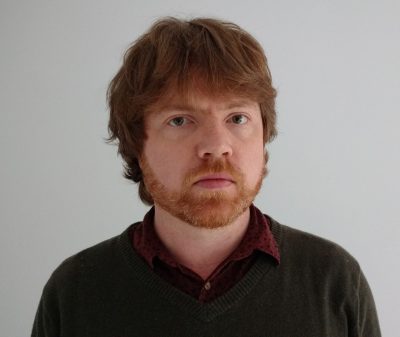 The recently launched small press Brow Books has sold world rights to Shaun Prescott’s (pictured) debut novel The Town to Faber, which will publish the novel in the UK in August 2018. The Town follows an unnamed narrator’s efforts to complete a book about disappeared towns in regional Australia, and is set in a town ‘teetering on the edge of oblivion’. Faber is selling rights to other territories.

UWA Publishing has sold UK and North American rights to Josephine Wilson’s Miles Franklin Award-winning novel Extinctions. UK and Commonwealth rights (ex ANZ and Canada) were sold to Serpent’s Tail, and US and Canadian rights to Tin House, with Catherine Drayton at Inkwell Management negotiating both deals. Serpent’s Tail publisher Hannah Westland has described Extinctions as ‘a rich, complex family story replete with comedy and tragedy that is also full of unexpected detail about modernist design and extinct and endangered species’.

Allen & Unwin has acquired Australian journalist Chris Hammer’s crime-fiction debut Scrublands for publication in August 2018, with rights already sold to the US (Simon & Schuster), UK (Headline), Germany and Russia after ‘hotly contested auctions’. Scrublands is set in a country town at the height of Australia’s millennium drought, and follows a journalist’s investigation into why a priest shot down five of his congregation. Rights were acquired via Grace Heifetz at Curtis Brown.

Bonnier Publishing Australia’s Echo imprint has acquired Guardian Australia journalist Bridie Jabour’s debut novel The Way Things Should Be for publication in May 2018. The novel centres on four adult siblings in the lead-up to a wedding in a country town, and explores ‘what it means to be a millennial, the complex relationships between parents and adult children, what we expect and what life gives us, and how our relationships evolve with our siblings, friends, and ourselves’. Rights were acquired via Jeanne Ryckmans at The Cameron Creswell Agency.

Other recently acquired debut novels include playwright and radio dramatist D M Cameron’s Beneath the Mother Tree (MidnightSun), a fast-paced mystery and love story set in an Australian town, which draws on Indigenous and Irish mythology; and Echo Publishing commissioning editor Angela Meyer’s A Superior Spectre (Peter Bishop Books), which takes place in the near future and the 19th century, and follows a dying man who holes himself up in the Scottish Highlands and takes ‘trips’ into the mind of a young woman.

Text Publishing has acquired world rights to Australian scientist and bestselling author Tim Flannery’s Land at the Crossroads: An Ecological History of Europe for publication in Australia in August 2018. Text publisher Michael Heyward described the book as ‘an ambitious undertaking’ that began with Flannery’s ecological histories of Australasia (The Future Eaters) and North America (The Eternal Frontier). ‘Now Tim has turned his attention to Europe. It’s an incredible story that begins 100 million years ago, and it’s a very surprising history,’ said Heyward, who added that the book is attracting ‘considerable’ international interest.