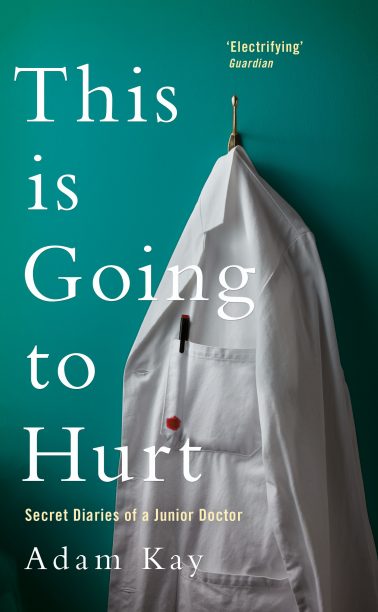 Junior-doctor-turned-comedian Adam Kay’s memoir This is Going to Hurt (Picador) has won the Books are My Bag (BAMB) Readers’ Choice Award in the UK.

Kay’s memoir, which also won the BAMB nonfiction category, is based on diaries he kept during his training in hospital wards.

BAMB Awards were also presented to The Underground Railroad (Colson Whitehead, Orbit) for best novel; How to Stop Time (Matt Haig, Canongate) for popular fiction; The Hate U Give (Angie Thomas, Walker Books) for YA; and Letters from the Lighthouse (Emma Carroll, Faber) for middle grade.

Kate Tempest was named breakthrough author of the year for The Bricks That Built the Houses (Bloomsbury), and The Lost Words (Robert Macfarlane & Jackie Morris, Hamish Hamilton) was selected as the most beautiful book.

This is the second year the BAMB awards have been presented. The shortlists and winners were chosen by booksellers, with the exception of the Readers’ Choice Award, which was open to the public.