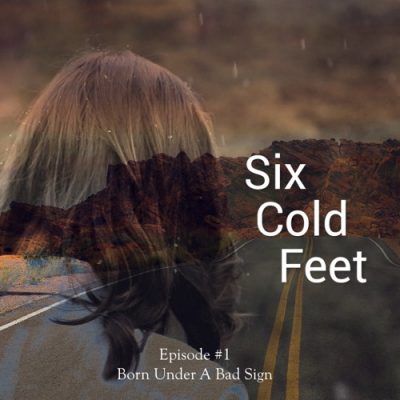 Brisbane-based author J M Donellan has written a fiction anthology podcast called Six Cold Feet, which tells the story of River, who is looking for his recently disappeared sister in the Sunshine Coast hinterland.

The podcast is produced by Donellan and Jessica McGaw. Told as a series of found audio recordings, each episode ‘takes the listener inside the strange and secretive town of Ullara and the surrounding countryside’. Donellan told Books+Publishing that Six Cold Feet made it to number 37 on the arts charts in iTunes a week after it debuted in late November.

Donellan said the ‘immediacy and accessibility’ of the podcast format appealed to him. ‘If you want a reader in Ireland or Japan to get a copy of your novel it’s incredibly difficult,’ Donellan said. ‘You’ve got to deal with licensing to different territories, distribution etc. With a podcast you upload it and that instant anyone anywhere in the world with an internet connection can listen.’

After Donellan ‘kicked the idea around’ for a few months while drafting another book, he spent a couple of months putting it all down on paper. He then auditioned for crew, including actors Melanie Zanetti (The Family Law, Tracks), McGaw (He Died With A Felafel In His Hand, Through the Looking Glass) and Tom Yaxley, and spent another month rehearsing and rewriting. All ten episodes were recorded ‘over two very long days’ in December 2016.

‘After that my producer Jess and I spent about six months doing sound design, editing and all the business stuff for the show’s release,’ said Donellan.

The series was recorded ‘on a budget of about $50’, and after the show was finished, US publishing house Poisoned Pen Press, who released the North American edition of Donellan’s novel Killing Adonis (Pantera), signed up as sponsors. ‘We also have some support from our wonderful listeners on Patreon, which I think is the best funding model for artists in existence right now,’ said Donellan.

Donellan said their aim for now is ‘to reach as many listeners as possible and build an audience that will be on board for us to try new things with each season’. ‘We recorded a few demo songs for the fictional band in this series, which was really fun,’ said Donellan. ‘The plan for season two is to tell an entirely new story on the same theme of musicians in trouble.’