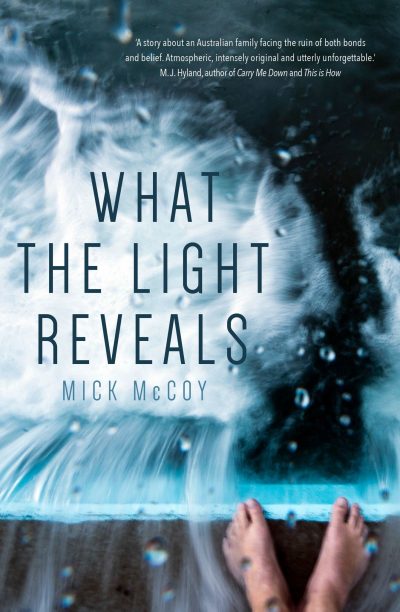 Mick McCoy’s third novel, What The Light Reveals, is an intelligent, tense and memorable story that opens in a world gripped by post-WWII fear and the looming threat of the Cold War. Based on the lives of McCoy’s own extended family members, the novel tells a sad, realistic tale. Conrad, his wife Ruby, and their sons Alex and Peter, are forced to flee Melbourne after Conrad is blacklisted by the Australian government and vilified by the media for being a known Communist, an accused Soviet sympathiser and spy. Conrad takes his young family to Moscow where intrigue, illness and hidden truths threaten to destroy family bonds. McCoy paints a cold, deadly, unforgiving Russian landscape punctuated with visions of summer sunshine and warmth through flashbacks to family holidays spent in Odessa, and their once seemingly idyllic Australian life. He uses the contrasting weather and culture of Australia and Russia to highlight similarities in the unending surveillance, monitoring and scrutiny that the family must endure on both sides of the globe. For fans of A S Patric and readers of literary historical fiction, What the Light Reveals is an intriguing page-turner.