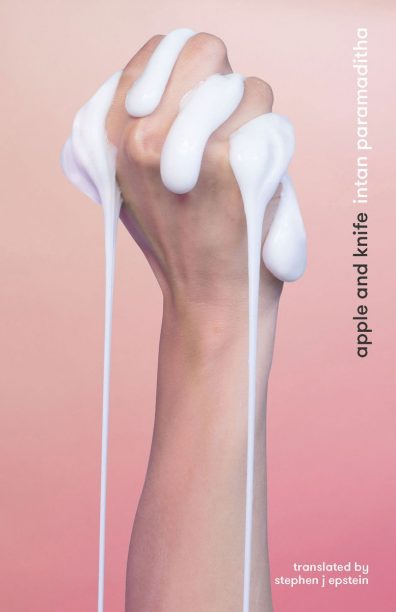 Harvill Secker also acquired UK and Commonwealth rights to a second book by Paramaditha, called The Wandering, which is described as a ‘choose-your-own-adventure-style novel about travelling the world’ that spans ‘New York, Berlin, Jakarta, Lima and beyond’.

Harvill Secker senior editor Ellie Steel acquired the rights in a deal brokered by Kelly Falconer at Asia Literary Agency. Harvill Secker will publish Apple and Knife in the UK spring of 2019 and The Wandering in 2020.

Steel described Paramaditha’s writing as ‘exhilaratingly wild, fun and feminist’. ‘Apple and Knife and The Wandering are fierce and unconventional and we’re thrilled to be publishing them,’ she said. ‘We’re in awe of the brilliant things that Sam Cooney and Elizabeth Bryer are doing at Brow Books, and we’re grateful to them and to Kelly for introducing Intan’s extraordinary writing to us and to the English-speaking world.’

‘As everyone in the literary world knows, Harvill Secker is where many of the most influential and provocative titles live, and Apple and Knife and The Wandering are such books,’ said Brow Books publisher Sam Cooney. ‘We at Brow Books have known since we first had the opportunity to read the expertly translated stories of Apple and Knife that Paramaditha is a unique force of contemporary letters, and we can’t wait for the rest of the world to stumble down the myriad trapdoors in her work.’

Paramaditha said she was ‘delighted’ by the deal. ‘Harvill Secker persistently champions international literature; I am delighted they will be the home for my writing, and deeply honoured by the opportunity to work with Ellie Steel and her team.’

As previously reported by Books+Publishing, literary journal The Lifted Brow launched its books imprint Brow Books in 2017 and has also sold world rights to Shaun Prescott’s debut novel The Town to Faber.