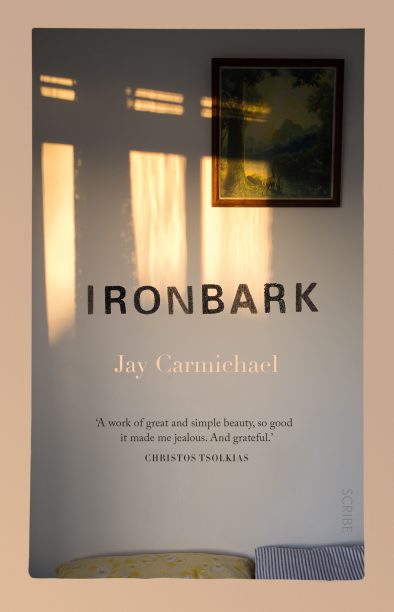 Ironbark brings to disturbing life three years in the life of Marcus, a young, gay country man. He has a casually supportive father, platonic girlfriends, an interest in poetry, a reasonable ability at football, and more frustration with his situation than can be resolved in a conventional small town. Most importantly, he is in love with his best friend, heterosexual Grayson, which is unsatisfying on both a physical and emotional level. These two are the centrepiece of the novel though other characters also people the story: his friend Elmyra, fascinated by Marilyn Monroe; Cecily, Grayson’s love interest; gay Georges, who has escaped to the big city; ocker teenager Buff; and others in the town who help give the story life. We know early on that something catastrophic has befallen Grayson, however that devastating event is not revealed until late in the narrative. It is a most effective device from this accomplished young debut writer. Jay Carmichael has a poetic turn of phrase—‘morning light spiking over the cliff’s lip’—and he plays with time, moving the story back and forth over three years and keeping readers on their toes. Ironbark should appeal to readers of gay literature, coming-of-age stories and books that explore small-town life.

Max Oliver is a retired bookseller