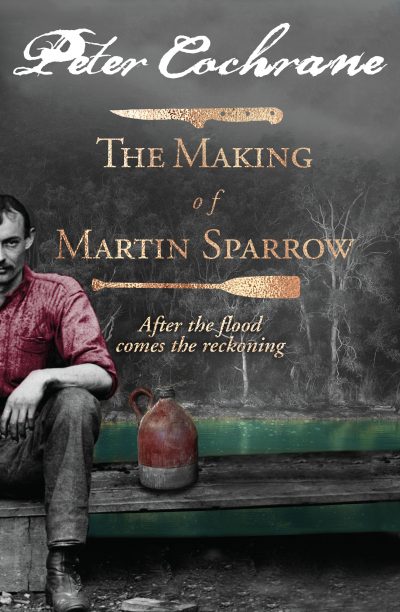 Martin Sparrow is an ‘expiree’, a convict who has served his time and been granted a plot of land. When the terrible 1806 flood destroys his crops, he’s forced to put himself further in debt to Alister Mackie, the chief constable of the Hawkesbury River. Morally weak and dreading the years of hardship ahead of him, Martin succumbs to the popular myth of a lush Eden, or Arcadia, that is supposedly ‘embosomed at the foot of the mountains’. He becomes a bolter and embarks on a self-deluding, tragic and desperate quest for this idyllic village in a land actually occupied by so-called ‘savages’. Historian Peter Cochrane’s first major work of fiction (following his 2013 novella, Governor Bligh and the Short Man) portrays a Hobbesian nightmare world, where life is nasty, brutish and short. Full of hair-raising violence and murder, it’s the sort of world that Shakespeare’s nihilistic Iago would have felt right at home in. Cochrane peoples his novel with a broad cast of extraordinary characters, from the chillingly evil hunter Griffin Pinney to 17-year-old Bea Faa, wanted for a bloody murder. Written in a wonderfully evocative, muscular prose and rich in Biblical cadences, Martin Sparrow just might be Australia’s answer to the novels of Cormac McCarthy.