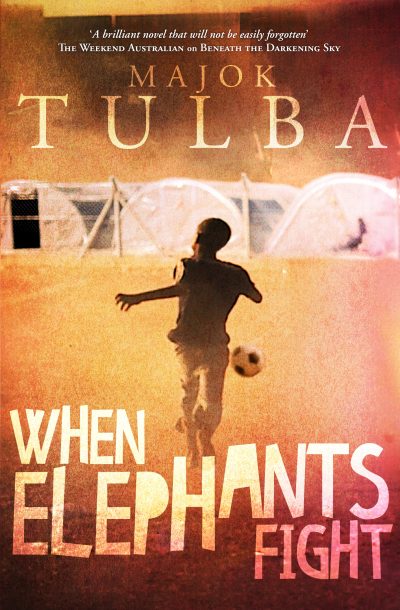 When Elephants Fight is a novel that really packs a punch. Majok Tulba has previously written about the realities of the Sudanese civil war in his 2012 novel, Beneath the Darkening Sky, and this second book expands our knowledge of the almost unbelievable hardships that exist in that country even today. Brutal, horrifying, and yet occasionally lyrical and hopeful, this book details the overnight changes that occur when soldiers on both sides of the war attack villagers—raping, killing and kidnapping, apparently at random. Readers live the experience, fleeing into the jungle with the young protagonist, Juba, and the other children, as they try to stay out of the hands of soldiers, surviving on foraged fruit and scarce water. When they finally stumble into a refugee camp and are reunited with Juba’s mother and the other villagers who have survived, we breathe again. The boy commences work as a volunteer medical orderly in the camp clinic, but the respite is short-lived as soldiers from either side strike again. The book ends on an upbeat note with a budding romance; however, my abiding memory is of the suffering of the innocent people caught up in this bloody-minded conflict. Like last year’s A Naga Odyssey, the humanity of this story overcomes the grim events depicted, and it should appeal to any reader who relates to accounts of hardship and achievement.