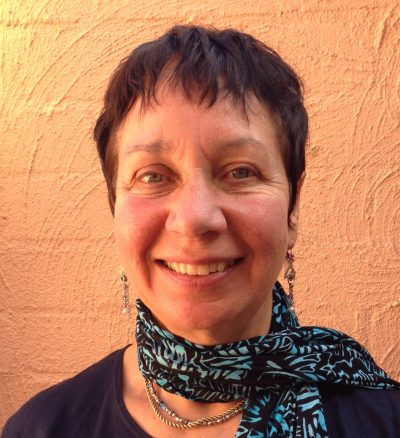 Wild Dingo Press launched its list with a commissioned biography by a refugee from Afghanistan, which went on to become an Australian bestseller. Last year the press took a chance on a novel by Iranian refugee Shokoofeh Azar, translating it to English from Farsi, and the book went on to be shortlisted for Australia’s Stella Prize. Rights to the novel recently sold to the US and UK. Founder Catherine Lewis spoke to Think Australian.

Wild Dingo Press grew out of my outrage over the way asylum seekers were being treated by the Australian government at the time, believing as I did (and still do) that if Australians could know the stories of asylum seekers it would change hearts and therefore minds.

When we launched, the media was increasingly being muzzled or misled, funding of investigative journalism was being slashed, and the government was increasingly restricting access to information and to refugees in detention. We found Najaf Mazari, who was prepared to tell his story, and immediately commissioned author Robert Hillman to put pen to paper. The Rugmaker of Mazar-e-Sharif  became a bestseller (40,000 copies so far), is still in print 10 years later, and readers frequently tell us how profoundly it changed their opinions.

From that one publication, we felt there was a critical need for a publishing house dedicated to disempowered voices, to the minority and the marginalised, whether it be through their own stories or through fiction or poetry. We don’t depend on literary agents to send us manuscripts—they do, but we are always open to direct contact from the author, as many may not even know how to go about finding an agent.

This is the first year we will be releasing 10 books. We built Wild Dingo Press quite slowly as it was not my full-time job for the first few years—I was still running another publishing company. That number will no doubt keep growing, and we have no shortage of manuscripts coming to us from many different sources.

We thought to publish only nonfiction: memoir, narrative nonfiction and investigative journalistic nonfiction. But fiction came our way that fulfilled our brief, shot through with social, cultural and political themes to challenge and enrich the reader: Choose Somebody Else is a collection of stories by Yvonne Fein, set in several countries, that tackles the big human issues of our time; and Nagaland is a novel by Guardian reporter and foreign correspondent Ben Doherty that came out of his friendship with a Naga man who asked Ben write to his story and that of the Naga people.

The Enlightenment of the Greengage Tree (Shokoofeh Azar) is the third book we have sold international rights to. The others were Blood on My Hands: A Surgeon at War by Craig Jurisevic, and The Honey Thief by Najaf Mazari and Robert Hillman.

The Honey Thief by Najaf Mazari and Robert Hillman.

The Rugmaker of Mazar-e-Sharif. While it has been in the ANZ market for 10 years, it is even more important now in its representation of the 21st-century refugee story, which continues to be played out across national and international borders. And The Power of Good People (Para Paheer & Alison Corke), a memoir of growing up as a Tamil in Sri Lanka during the 26-year-long civil war. It provides incredible insight into life in that country for many, and the push factors that have led to thousands of Tamils fleeing for their lives; but it’s also a personal study of an inspirational, humble human being.

Tears for Tarshiha is the big one for this year that we believe will appeal to international publishers. A raw account of life in Palestinian refugee camps in Lebanon by veteran international campaigner for Palestinian rights Olfat Mahmoud. Eye-opening and moving, it will draw controversy wherever it is published. But we believe it is our duty to put stories of suffering and oppression into the public space, and we hope that there are publishers overseas who will feel similarly about this one.