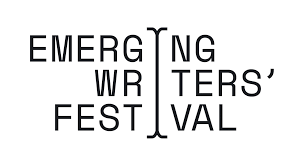 The Emerging Writers’ Festival (EWF) has announced its 2018 program, which runs from 19-29 June in venues across Melbourne’s CBD and surrounding suburbs.

Timmah Ball, Tony Birch and Neil Morris will reflect on their ‘storytelling inheritances’ at the opening night event, which aims to ‘inhabit, question and critique our literary canon’. The opening night will also include the announcement of the winner of the Monash Undergraduate Prize for Creative Writing.

The National Writers’ Conference for industry professionals will run from 23-24 June at State Library Victoria. This year’s guests include the previously announced EWF ambassadors Melissa Lucashenko, Isobelle Carmody, Ellen van Neerven, Michael Mohammed Ahmad and Stuart Grant. For the first time, the conference will also give attendees the opportunity to pitch to publishers, editors and industry professionals.

Highlights from the rest of the program include a series of ‘speakeasy’ debates on the topics ‘money, sex and death’, which will also include dinner and roundtable options; a literary gig and performance event that brings ‘Afrikan artists together in conversation with First Nations and Pasifika artists’; a ‘Queer Icons’ party celebrating queer ‘histories and herstories and theirstories’; and an ‘intimate performance journey’ on the Blackbird boat along the Maribyrnong River.

The program will also feature a number of professional development opportunities focused on podcasting and criticism, as well as masterclasses for nonfiction and poetry.

‘Our aim with this program is to provide a bird’s-eye view of at least some of the staggering creativity, care and critical rigour that’s happening here in this moment,’ said festival artistic director Izzy Roberts-Orr.