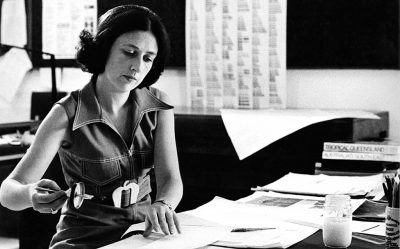 Book designer Alison Forbes has been announced as the 2018 inductee into the Australian Book Design Hall of Fame.

Forbes was the first full-time independent book designer in Australia, with a career that spanned more than five decades and hundreds of titles. In 1955, she designed and illustrated Alan Marshall’s autobiographical novel, I Can Jump Puddles (Puffin), which won her the Book of the Year award from the Australian Publishers Association (then the Australian Book Publishers Association), and at age 23, she became the first staff designer at Melbourne University Publishing, where she combined the part-time position with freelance commissions for a number of years.

Sun Books’ Max Harris, who worked with Forbes on several projects, said of her: ‘The meticulous Alison Forbes hasn’t lost her advanced and distinctive sense of the highest design principles’.

Forbes will be officially inducted into the ABDA hall of fame on 25 May at the ABDA awards ceremony in Melbourne.

Solomun to wind up The Rights Hive agency  Local news