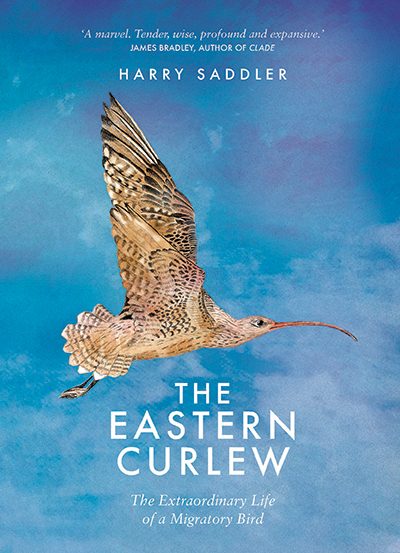 All birds are miracles, but migratory shorebirds are perhaps the most wondrous of all. Author Harry Saddler is fascinated by the Eastern Curlews that chase summer across the hemispheres, breeding in the Arctic regions and returning—with only a stop or two for refuelling—to Australasia. The birds have followed these instinctual routes, which scientists label the East Asian-Australasian Flyway, for millennia. However, the mudflats they rely on to rest and feed have been steadily ‘reclaimed’ by humans and this loss of their habitat has seen the Eastern Curlew numbers crash. They are close to extinction. This book is not a scientific monograph, though it does delve into ornithology.  It is an accessible and personal account; at times, a meditation on the human impact on other creatures; a plea for understanding our environmental responsibilities, and a travelogue, as Saddler ventures to East Asia to see the areas that the curlews visit on their migration routes. Written primarily for the general reader rather than the serious birdwatcher (though this book will certainly still appeal to the latter), Saddler successfully conveys both the curlew’s plight and its magic. Readers will come away from this book understanding both the urgent need to conserve these wondrous birds, as well as the joys of birdwatching more generally.

Lindy Jones is a senior buyer for Abbey’s Bookshop, Sydney