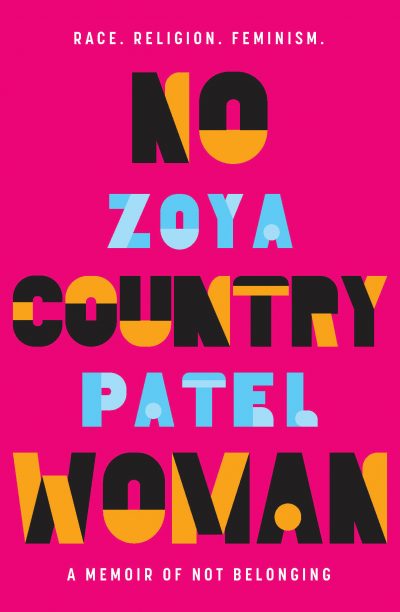 No-Country Woman: A Memoir of Not Belonging (Zoya Patel, Hachette)

In her razor-sharp debut, No-Country Woman: A Memoir of Not Belonging, Fijian-Indian-Australian writer Zoya Patel charts the chasm that results from juggling three cultures at once, never completely belonging to any of them yet constantly being aware of how each has informed her identity. While the historic forces of colonisation and migration that propelled Patel’s family from Gujarat to Suva, and then to Canberra are unique to her own life, they are also highly relatable to second-generation migrants whose lives have also been altered by influences bigger and older than them. Writing from the perspective of an Australian who is never considered one, Patel expertly dissects the country’s systemic racism—from the slow, deliberate way white Australians speak to her, to more egregious acts that see her misenrolled in an ESL (English as a Second Language) class despite her outstanding command of English—and the insidious way she has internalised these dehumanising experiences. Patel’s examination of home and belonging also looks beyond Australia, as she reckons with her privileged status compared to those whose families who never had the means to migrate for economic opportunities. This incisive and deeply personal book will appeal to readers of young-feminist memoirs such as Brodie Lancaster’s No Way! Okay, Fine and polemics of everyday injustices such as Maxine Beneba Clarke’s The Hate Race.