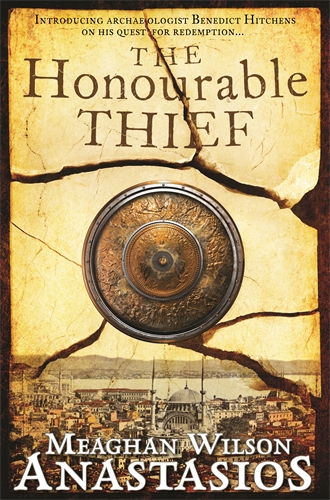 Set in Crete and Turkey in the years around World War II, The Honourable Thief centres on the adventures and misfortunes of Benedict Hitchens, an archaeologist and reluctant dealer of fake artefacts. We are introduced to Ben at his lowest point, after his obsession with the Homeric hero Achilles has led to professional downfall and questionable employment as an endorser of counterfeit treasures. The chance of redeeming his reputation hinges on the almost impossible task of locating the mythical tomb of Achilles and unearthing the genuine treasures within. The world of forgeries and art theft is engagingly depicted in this historical adventure as a complex system of misunderstood artists, shadowy smugglers and ordinary people trying to scrape a living in volatile times. There is action and drama aplenty, however the book is let down by the superficial nature of the main characters. The female love interests are one-dimensional, the evil villain is almost cartoonish in his villainy, and Benedict Hitchens is never quite believable as the Indiana Jones-like central figure. The true stars of Anastasios’ solo debut are the archaeological details, both real and fictional, as well as the Mediterranean setting. Both are beautifully described with the passion and knowledge expected from an author whose former occupation was as an archaeologist.

Under the Rainbow: The life and times of E W Cole (Richard Broinowski, MUP)  Nonfiction