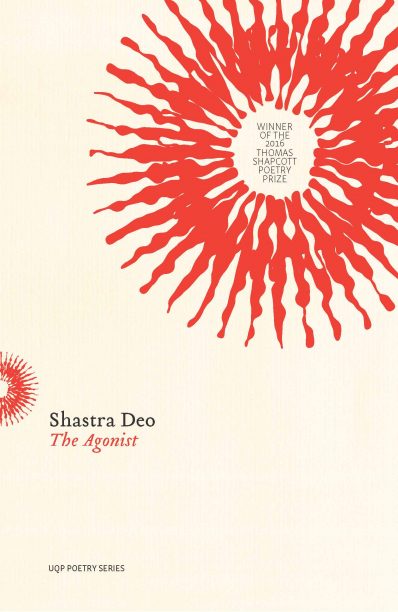 In their citation, the judges described Deo’s poetry as ‘startling [and] impressive’. ‘The poems are spellbindingly physical and metaphysical, invoking the spirituality of Emily Dickinson, the metaphysical mastery of John Donne and the obsessive, oblique confessionals of Sylvia Plath … The poems are formally varied, structurally tight and fascinated by a range of stimuli,’ said the judges.

Deo’s publisher, University of Queensland Press (UQP), said it is ‘thrilled to see Deo’s work recognised by such a prestigious literary award’. UQP acquired the collection after it won the Thomas Shapcott Poetry Prize in 2016.

Deo received the award during the opening night of the Association for the Study of Australian Literature’s (ASAL) annual conference in Canberra on 3 July, which also saw the presentation of the biennial Mary Gilmore Award to Quinn Eades’ poetry collection Rallying (UWA Publishing) and the biennial Magarey Medal to Alexis Wright’s Tracker (Giramondo).

The ALS Gold Medal is awarded annually by ASAL for a ‘work of outstanding literary merit’ published in the previous calendar year. Last year’s winner was Zoe Morrison for her debut novel Music and Freedom (Vintage).

More information about the ALS Gold Medal can be found on the ASAL website here.