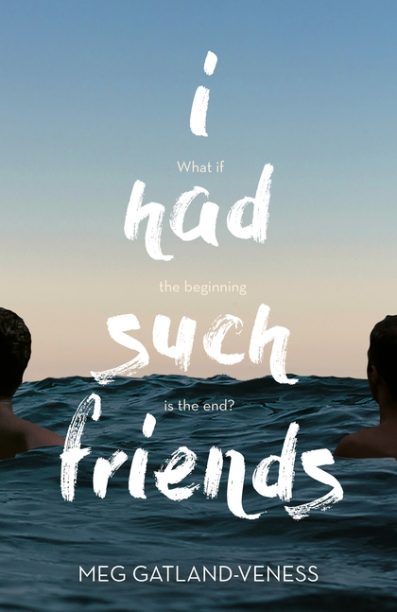 I Had Such Friends (Meg Gatland-Veness, Pantera Press)

Hamish is a nobody. Less than a nobody. A poor year 12 farm boy with one friend—who is an even bigger loser. But his world is suddenly turned upside down by the accidental death of the most popular boy at school, which causes Hamish to be unexpectedly pulled into the lives of those left behind. This YA novel may seem like the usual coming-of-age story set in small-town Australia, but it has a fresh voice that’s full of colloquialisms and also full of heart. Debut author Meg Gatland-Veness creates characters that feel like real people, whose lives and experiences will stay with a reader long after they finish the book. The novel is peppered with confronting themes—bullying, abuse, neglect, suicide, death, sexuality and prejudice—yet it doesn’t feel forced or overwhelming for the reader. The scenes that do contain sex, drinking and violence are never gratuitous or overly explicit, and the loss of virginity in a queer context is presented gently and with sensitivity. Gatland-Veness also displays a sardonic wit that shines through in Hamish’s voice. I Had Such Friends is a brilliant first novel that will leave older teenage readers with a truer sense of life in small-town Australia—and they’ll be eagerly anticipating the author’s future works.