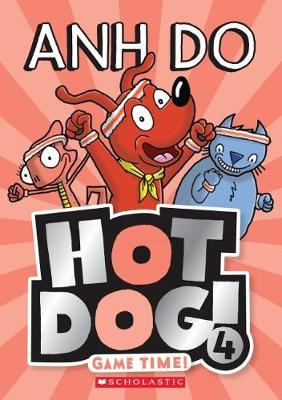 Comedian and author Anh Do is once again at the top of the Australian children’s fiction bestsellers chart with the latest book in his ‘Hotdog’ series about a sausage dog and his animal friends. Books in Do’s ‘WeirDo’ and ‘Ninja Kid’ series are also in this month’s top 10. Other new titles include the second book in Sally Rippin’s ‘Polly and Buster’ series, about an unlikely friendship between a witch and a monster; and Marge and the Secret Tunnel, the fourth book in actor and author Isla Fisher’s series about an unpredictable babysitter.