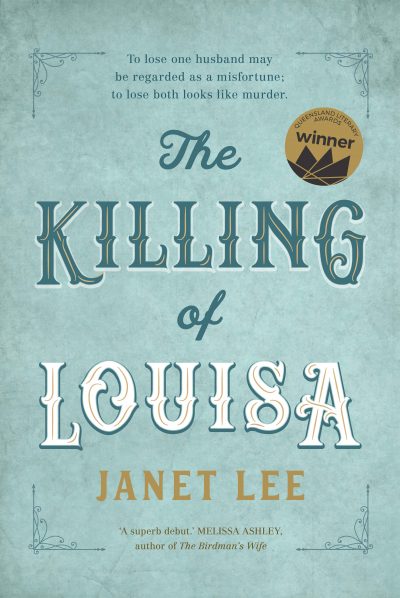 Winner of the Emerging Writer Manuscript Award at the 2017 Queensland Literary Awards, Janet Lee’s novel The Killing of Louisa is a cleverly written fictional retelling of Louisa Collins’ conviction in 1888 for the murder of her two husbands, for which she became the last woman to be hanged in NSW. Interspersed with archival newspaper clippings, this historical novel follows the final court trials and subsequent conviction of Louisa—surprisingly, the most convincing evidence against her was given by her young daughter, May. In the days leading up to Collins’ scheduled execution date in January 1889, she is comforted by the prison chaplain, to whom she recounts her early childhood, first marriage to Charles Andrews, his death, her marriage to Michael Collins and his death. Lee shifts the tale between Louisa’s past and her present. The past is vivid and richly constructed through Louisa’s retelling, and although this richness comes through in Louisa’s present-day narrative, it felt as though many aspects of her life in prison were left unexplored. This might leave some readers longing to learn more about both sides of her life. Fans of Margaret Atwood’s Alias Grace and Hannah Kent’s Burial Rites will enjoy this book and find it to be a compelling historical portrayal of Collins—a woman dubbed by the Australian press as the ‘Borgia of Botany’, and one of the only people in the world ever to be tried four times for murder.