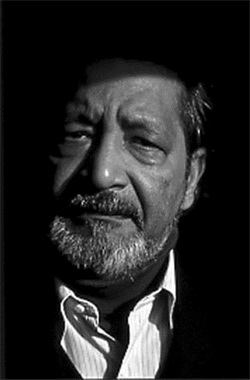 Naipaul was the author of over 30 books, beginning with the novel The Mystic Masseur in 1957. His breakout autobiographical novel, A House for Mr Biswas, was first published in 1961, followed by In A Free State, which won the 1971 Booker Prize and was recently shortlisted for the Golden Man Booker, and A Bend in the River in 1979. He was also a prolific author of travel books, such as An Area of Darkness, and India: A Million Mutinies Now (all Picador).

Naipaul’s work is known for interrogating place, belonging, and the legacy of colonialism and empire. In 1989 he was awarded a knighthood, and in 2001 he was awarded the Nobel prize for literature for ‘having united perceptive narrative and incorruptible scrutiny in works that compel us to see the presence of suppressed histories’.

A divisive and unapologetic figure over the course of his career, Naipaul was accused of being a misogynist, and was widely criticised for his anti-Islamic views and his disdain for developing societies including India, central Africa, and his home country of Trinidad. However, supporters such as Turkish writer Orhan Pamuk saw Naipaul’s depictions of the post-colonial world as truthful and humanising of the problems that people in developing countries faced.

‘It is with great sadness that all of us at Picador and Pan Macmillan have learned of the death of the great Nobel laureate Sir Vidia Naipaul. Sir Vidia is one of the towering literary figures of the last 50 years and it has been a privilege for Picador to be the publisher of his writing in the UK and Commonwealth territories, including India, where his writing is of course revered.’