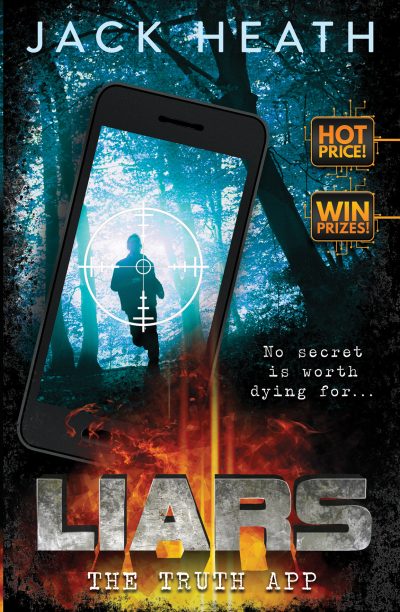 Jarli thinks his latest app could be a big hit: the Truth App can tell when someone is lying by analysing their voice. Jarli doesn’t see a problem with this since he’s very honest himself. Maybe too honest, as his friend Bess keeps pulling him out of scrapes at school. Before the app is officially released, it goes viral and suddenly dozens, then hundreds, then thousands of people have downloaded it. Now Jarli’s world is out of control: reporters are chasing him, his schoolmates hate him, and a mysterious man is trying to kill him. It seems that some people would rather the truth stays hidden. Jack Heath is the Australian master of the YA thriller, and his latest book is another non-stop action-adventure ride, from the car crash on the opening page to the tense finale in a remote warehouse. Jarli and his friends are plucky and relatable, and some of them have secrets of their own. This is the first book in a new junior-fiction series, all five of which will be released on a tight schedule over the next few months. It is recommended for upper primary and lower secondary fans of techno-thrillers packed with tension and plot twists.