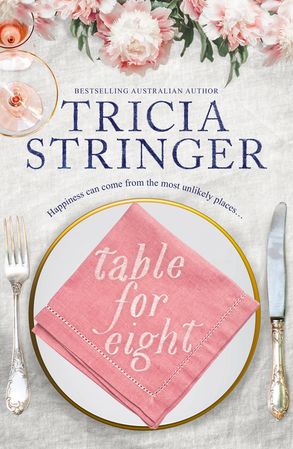 The cover for Table for Eight noticeably lacks two mainstays of Tricia Stringer’s usual book covers: a woman in a hat, and a landscape in the background. This is because Stringer’s latest novel moves away from rural Australia and onto a passenger cruise ship heading to the Pacific Islands, where forced proximity brings disparate travellers together and exposes relationships. This leads to unexpected friendships for some, and closure for others. There’s a comfort to be had in Stringer’s writing. Table for Eight is gently paced, delving into relationships just enough to move the story along, while keeping the emotional intensity at a steady level. Details of life on a cruise ship and its entertainments are vividly described, though readers may be left wishing that the story had spent more time in Vanuatu. It’s also refreshing to see an ensemble cast of characters all over 40. As one of them remarks, ‘We’re still thirty inside. It’s only the bodies that are a little older.’ Stringer’s foray outside rural fiction should gain her new audiences for her work. Table for Eight doesn’t break new ground in commercial women’s fiction but delivers a gentle satisfaction that makes it a great choice for a lazy Sunday afternoon read.