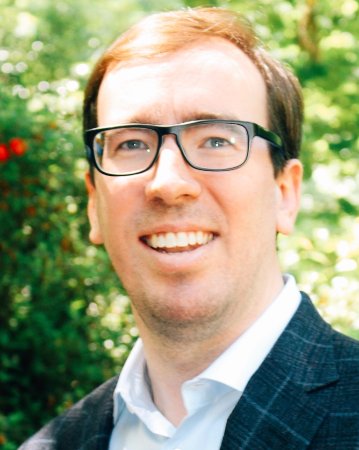 Digital Book World (DBW) executive producer Bradley Metrock offers some insights on the topics that will be covered DBW conference, which will run from 2-4 October in Nashville, USA. The conference is due to bring together over 1000 publishing industry professionals from around the world.

What are some of the highlights of Digital Book World 2018?

The program, as well as the exhibit hall, is such a showcase of publishing industry leaders. Walmart and Rakuten Kobo will share the stage, co-presenting on their major new partnership. Amazon will be there with the Alexa team, discussing how voice-first technology has reshaped modern publishing and storytelling. Ingram will be there highlighting key growth in their business. And numerous smaller to mid-size companies, such as Blinkist, Scribd, Vearsa, SPi Global and many more, will have speakers at the conference and tables at the trade exhibition.

What are some of the key trends in the world of books and publishing that you’ve seen develop over the course of the year?

There have been several: advancements in accessibility, from progress made with various standards to the rise of voice technology and how that has impacted publishing; continued developments in interactive content of various kinds; continued iteration within ereader technologies and ebooks within those ecosystems; and hybrid print+digital models, which are still prototypical in nature but inching closer to having mainstream potential.

One of the six program tracks at DBW 2018 is ‘Data Book World’. What role do you see data playing within publishing, and has it advanced at all recently?

The way data impacts decisions in publishing, from acquisition decisions to marketing channel decisions to production decisions and many others, is always changing. But we’re pleased to have the well-known and occasionally controversial ‘Data Guy’ (who runs the Author Earnings website) providing the closing keynote at DBW 2018, where he’ll shed his anonymity, describe his new company Bookstat and demonstrate—using his company’s unprecedented real-time data across the industry—how some of the most widely-held notions of publishing trends are simply not accurate. It’s going to be a very important session within the program.

Accessibility is also a key topic at DBW. What’s the latest in books and accessibility?

New standards in the realm of digital books have brought gains in accessibility, while the rise of audio has offered the biggest inroads in making content more accessible to more people. The movement to bring printed books into the audio realm, and then to take audiobooks into new ‘Internet of Things’ (IoT) settings, such as smart speakers and voice assistants, has provided a groundswell of new accessibility and made all manner of content available to new groups of readers for the first time. This will only continue as tech companies and publishers learn how to partner together in more meaningful ways to build multi-modal experiences around voice assistants and extend the reach of ecosystems like Amazon’s Alexa even further than it has already penetrated.

America has seen mass proliferation of smart speakers and voice assistants, and now that movement is working its way across the world. As you mentioned, Amazon’s Alexa team will be at DBW 2018 and will speak as part of the program. How has this shift in technology affected publishing?

For starters, it has made audiobooks more accessible. Audiobooks already were the fastest growing format in publishing, and now this shift has only increased their importance. Podcasts now are even more important for marketing of authors and books, as they are all the more available and prevalent with the rise of IoT. And soon, books and authors alike will be discovered not by advertising in print or on the web, but through AI-driven discoverability mechanics such as Alexa telling you that hey, based on what you normally like to do and what you ask Alexa about, she thinks you’ll like this particular author. So being part of the voice and audio ecosystems is incredibly important for publishers of all shapes and sizes.

‘Interactive Books: The Next Step in Digital Publishing’ is another key topic at DBW 2018. What’s the future of interactive books?

Right now, digital ereaders and the books they support have plateaued. Companies like Rakuten Kobo, reMarkable, and others compete primarily on cost reduction and streamlining operational efficiencies, without investing heavily in research and development.

It doesn’t mean that individuals and smaller presses aren’t experimenting with more interactive media, however, because they are. Interactive fiction in particular is alive and well, drawing energy and heat from its proximity to the thriving video game industry, with which it is often indistinguishable. Interactive stories like Telltale Games’ Walking Dead series or some of Earplay’s audio-driven interactive fiction blur the line between ‘book’ and ‘game’ and offer inspiring narrative without caring to categorise it for the end user.

Education is the other area where interactive books have taken hold, as individual educators dare to create their own interactive content—often with Apple’s iBooks Author software, a holdover since its ill-fated 2012 release—to offer students cost-effective replacements for textbooks.

At some point in the future, interactive books will enjoy hardware which supports their demanding nature, and will be combined with an e-commerce solution which provides flexibility and convenience. Until that happens, these successes with interactive mixed-media content will live in isolation, and largely remain under the mainstream radar.

Another of the topics being explored in the conference’s educational program is ‘Corporate Publishing’. How does that fit into DBW?

‘Corporate publishing’ is our term for non-traditional publishers—companies involved in entirely different industries, which due to their size, find themselves publishing lots of material just like a normal publisher would. These include companies like Southwest Airlines, Intel, HP, Nissan, and many other companies that will be in attendance at Digital Book World 2018. The wide world of publishing includes all those companies which have traditionally been excluded from the conversation, like these, but deserve a place at the table and potentially have a lot of perspective to offer and share.

At DBW 2016, various guest speakers were fearful of the domination of the big four online platforms (Amazon, Apple, Google and Facebook) and warned that they would take over traditional publishing spaces. With the inclusion of these companies in the DBW 2018 conference, has this thinking changed?

No, I don’t think much has changed. It’s the job of executives of big publishers to live in paranoia. They have to identify threats and track them before it becomes too late to do anything in response.

What I think is different today than perhaps two years ago is that Amazon wants to lead the world in voice technology. Amazon wants Alexa everywhere, in every device, providing AI for everyone. Meanwhile, publishers have seen the need to bring their content into voice ecosystems and IoT environments. This is a big part of the future of delivery and distribution and even marketing of books.

So there has come to exist a sort of uneasy balance between large publishers being wary of Amazon’s growing influence in the publishing sphere, and the necessity of working with Amazon to ensure publishers have their content able to be enjoyed by readers, where Alexa can reach it and know about it.

And, to Amazon’s credit, they have made their worldwide evangelism team available to everyone—there haven’t been any stories whatsoever about rival companies being unable to have Alexa skills or bring in content to the Alexa ecosystem. Amazon has rolled out the red carpet for everyone.

Google, Apple, and Facebook all are following suit, to a lesser degree.

Publishers have no choice but to work with these technology companies as technology and computing move toward being voice-first. There’s just no other option, which is not only reflected in how Digital Book World 2018 has been conceived and constructed, but is also reflected in a new sense of understanding and, for the moment, relative peace.