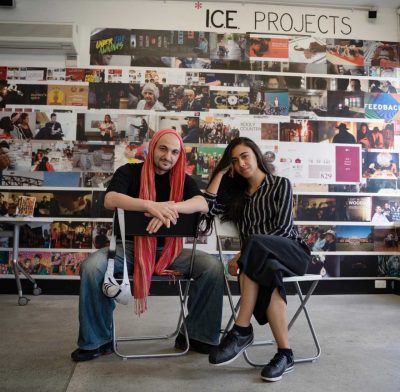 Sweatshop to partner with DARTS on first nationwide anthology

Sweatshop and DARTS will produce an anthology of speculative fiction work called The Futures Project, which ‘looks at what Australia might be 30 years from now’. Sweatshop director Michael Mohammed Ahmad told Books+Publishing that he hopes to have a writer from every Australian state involved in the project by mid-2019.

All contributors and editors involved in The Futures Project will be people of colour and minorities, says Ahmad, adding: ‘A lot of the idea around The Futures Project is not just predicting what Australia looks like 30 years from now, but it’s also about predicting a postcolonial, post-white supremacist and post-imperialist future for the country’.

Funded by an Australia Council grant that DARTS received in 2017, The Futures Project will feature contributions from poet Omar Sakr, fiction writer Julie Koh, and writer and arts worker Khalid Warsame. The Australia Council funding Sweatshop received this year means the project can be further expanded. ‘As writers of colour in Australia, there is some kind of coercive synergy that’s uniting us,’ Ahmad says of the confirmed contributors. ‘Because the art is really just the tool, it’s not just the outcome. The outcome is change, transformation, and the way we perceive Australian literature—or more broadly, Australian culture.’

Ahmad told Books+Publishing that Sweatshop’s shift to a national focus was a conscious decision. ‘The danger of talking about Western Sydney and cultural diversity interchangeably is that you can end up with a homogeneous white colonial project in your local community. And you can end up neglecting a lot of writers of colour across the country who are missing out because they don’t live in the next suburb to you … So we began to talk about Sweatshop as a movement that is devoted to empowering writers from culturally and linguistically diverse backgrounds throughout the country.’

Sweatshop will continue to produce its other forthcoming publications, including The Big Black Thing Chapter 3, which will be a collection of ‘one-sentence stories’ or flash fiction pieces by diverse writers in Western Sydney, and Sweatshop Women, an anthology of writing from women of colour in Western Sydney, edited by Sweatshop general manager Winnie Dunn. Dunn will also continue to lead the writers’ group for diverse women in 2019.

Sweatshop has also moved from its former home in Bankstown’s Western Sydney University campus to a new multimedia centre at Information and Cultural Exchange (ICE) in Parramatta, which is ‘more accessible to the Western Sydney community’.