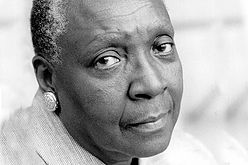 Guadeloupean novelist Maryse Condé has won the New Academy Prize in literature, a one-off award created to replace this year’s Nobel Prize for literature, which was cancelled following a sexual assault scandal.

Condé is the author of 20 novels, and is best known for Desirada, Segu and Crossing the Mangrove. Chair of judges Ann Pålsson described Condé as a ‘grand storyteller’ whose work ‘belongs to world literature’.

‘She describes the ravages of colonialism and the postcolonial chaos in a language which is both precise and overwhelming. The magic, the dream and the terror is, as also love, constantly present,’ said Pålsson. ‘Respectfully and with humour, she narrates the postcolonial insanity, disruption and abuse, but also human solidarity and warmth. The dead live in her stories closely to the living in a multitudinous world where gender, race and class are constantly turned over in new constellations.’

Condé was announced as the winner at the Stockholm Public Library on 12 October. She said: ‘I am very happy and proud to be awarded this prize. But allow me to share it with my family, my friends and, above all, with the Guadeloupean people who will be so thrilled and touched by seeing me receive this award.’

‘Guadeloupe is a small country, important to us who are born there, but only mentioned when there are hurricanes and earthquakes,’ she added. I am happy that our country is now known for other reasons, for this literature prize which I am so happy and proud to receive.’

An expert jury chose the winner from a shortlist of four announced in August. Japanese novelist Haruki Murakami asked to be withdrawn from the shortlist, citing a preference to ‘concentrate on his writing, away from media attention’.