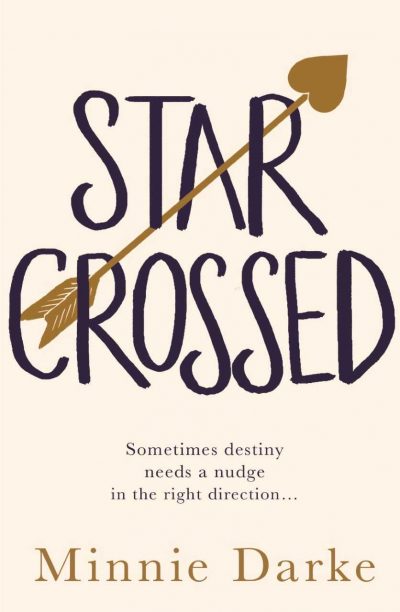 Star-crossed is a charming rom-com centred on an aspiring journalist whose attempts to influence fate lead to unintended—and at times hilarious—consequences. When Justine Carmichael finally gets a promotion at the Alexandria Park Star, bumping into her childhood friend and teenage crush Nick Jordan seems like destiny. After she discovers that Nick consults the Star’s horoscope section when faced with major life decisions, Justine can’t help herself: what could happen if she were to tinker with Aquarius before the paper goes to print, giving fate a little nudge in her direction? Star-crossed is perfect for readers looking for something light and whimsical. Although the story revolves around Justine and Nick, there are minor characters in the background, whose lives are influenced by the Star’s altered predictions. It’s a big ask for readers to be emotionally invested in so many subplots, but they’re different enough to be interesting if not entirely memorable. Minnie Darke—a pseudonym of literary author Danielle Wood—ties these threads together gently but cleverly by the end of the book, making for some enjoyable ‘aha!’ moments. Star-crossed is a solid summer read that should appeal to fans of The Rosie Project and The Wrong Girl.