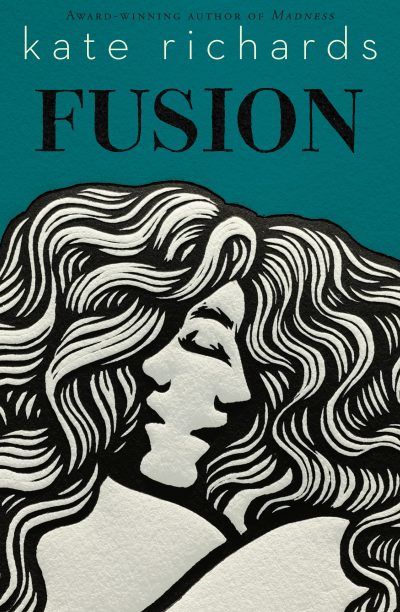 Kate Richards burst onto the literary scene in 2013 with her award-winning Madness: A Memoir, which described her decade of living with psychosis. She returns now with her first novel, Fusion, in which she re-explores the idea of self-identity through conjoined twins Sea and Sabine, who live quietly together with their guardian Wren deep in the Australian bush. Away from the dangers of civilisation, the three spend their days gathering wood, preparing food and enjoying the peace of the alpine landscape. But their fragile equilibrium is threatened when Wren returns home with an injured woman who has no memory of who she is or what she was doing alone at night on a country road. Hidden truths begin to surface as the woman attempts to recall her identity, forcing Wren and the twins to face their own histories of guilt, shame and abuse. While at times heart-wrenchingly sad, the novel is never without hope; Richards highlights her characters’ ultimate desires for love and acceptance through gentle moments of compassion and exquisite descriptions of the natural world. Her highly stylised prose delivers a story that is as multi-layered as its characters. Part fairytale, part Australian Gothic thriller, Fusion is contemporary Australian literature at its finest and deserves multiple readings—an ideal selection for book clubs.