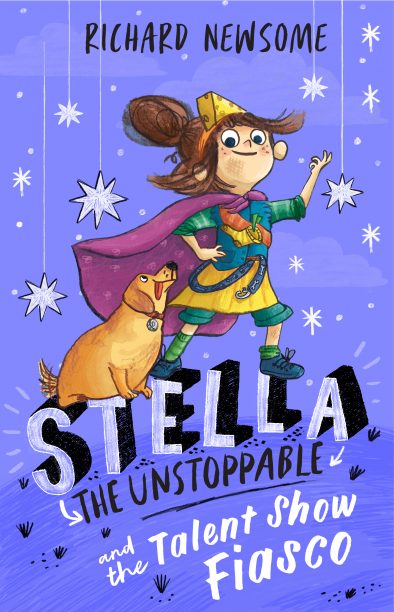 Richard Newsome is known for action-packed adventure tales like his Text Prize-winning ‘Billionaire’ series, but his newest series, ‘Stella the Unstoppable’, is a little bit of a departure. Aimed at children aged 7-11, the adventure here is suburban, and features over-the-top but relatable school and family life shenanigans. Stella is naughtier than Roald Dahl’s Matilda (she’s more of a Ramona or Pippi Longstocking) but is locked in a similar kind of relationship with a nasty school principal (Mrs Hinchcliffe is very Trunchbull-esque, though with a little bit of the edge taken off). After being issued a challenge to channel her destructive energies into the school talent show, Stella goes at it full throttle but has to avoid Mrs H and her school rules such as: ‘You cheat, you get beat’ and ‘Whoever riles, scrubs the tiles’. While the story touches on a certain wickedness (for example, minor corporal punishment) and toys with utter silliness (it occasionally indulges in harmless fart and bum jokes), it doesn’t quite push the boundaries enough, at least in this first book. Still, Stella holds a lot of potential—it’ll be interesting to see how she evolves in the rest of the series.

Hannah Cartmel is an editor and co-founder of the Rag & Bone Man Press Inc.