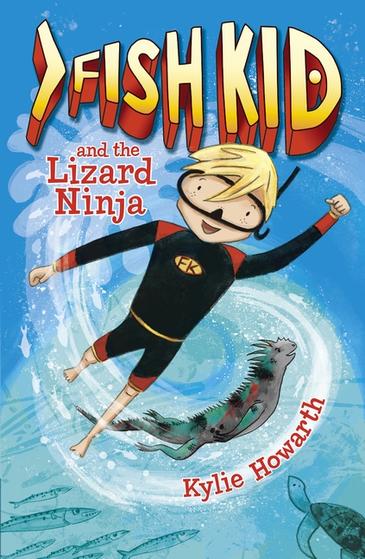 Bodhi is a boy who travels the world with his parents (a scientist and a photographer) as they study marine environments, in this case the Galapagos Islands. He would much rather be home with his friends than on a ship, doesn’t share his parents’ interest in the ocean, and spends most of his time with Emely, the daughter of the ship’s skipper. When a prank goes wrong after she gives him a sea cucumber-spiked smoothie, the two of them end up overboard and then marooned on a small island. All is not lost, however, since the smoothie has given Bodhi the ability to breathe underwater and they have acquired a helpful friend in the form of a marine iguana. With help from Emely and the iguana, Bodhi uses his new power to get them to safety, and along the way discovers his own passion for the ocean. The book has cool fact inserts on marine creatures, nice illustrations and a timely environmental message, though some readers may find the characters’ names odd, the fish-smoothie super powers forced, and the Lizard Ninja not very ninja at all. It’s fun, but not stand-out, though it sets the scene very well for further books. This is the first book in a new series, and is suitable for readers aged seven and up.