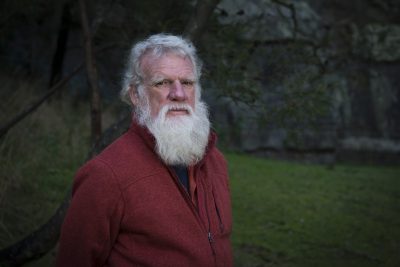 Bunurong and Yuin writer Bruce Pascoe has won the Person of the Year award at the 2018 National Dreamtime Awards.

The Dreamtime Person of the Year is awarded to an individual that has made ‘a significant contribution to the advancement of Aboriginal and Torres Strait people during the past 12 months and who has inspired those around them’.

Magabala Books publisher Rachel Bin Salleh said: ‘Bruce wrote Dark Emu not just to correct the history books and touch the hearts and minds of Australians. He wrote it to make young First Nations people feel proud of their heritage; to ensure that they are able to seize opportunities arising as Aboriginal and Torres Strait Islander people’s knowledge of country and land management is valued and put to commercial use. He is working tirelessly to further this dream across so many fields of endeavour and thankfully, somewhere in between, he is finding time to write.’

Pascoe said publishing books has shaped his career. ‘A fair bit has happened for me in the past ten years as the result of writing a few books. I’m more proud of this award than any other award I’ve received because it comes from our people. It means a lot,’ said Pascoe.

Established in 2017, the National Dreamtime Awards recognises excellence by First Nations people from across Australia in the categories of sport, arts, education and community.

Earlier this year Pascoe won the Australia Council Award for Lifetime Achievement in Literature, and in 2016 Dark Emu won the Book of the Year prize at the New South Wales Premier’s Literary Awards.