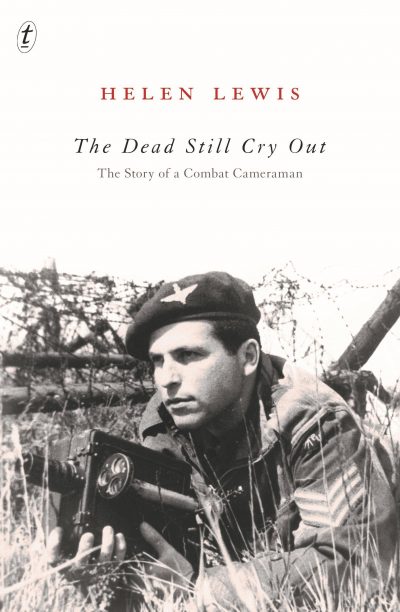 The book tells the true story of Lewis’ father, a British paratrooper and combat cameraman who filmed the liberation of Bergen-Belsen.

Lewis said she was ‘thrilled’ to have won the award. ‘It is wonderful to have my work recognised in this way. Writing is a solitary endeavour and when a piece is finished you are always wondering whether others will understand it the way that you intended. Winning is affirmation that they do,’ said Lewis.

The Dead Still Cry Out was chosen from a shortlist of six for the $20,000 prize. Each of the shortlisted authors also receives $1000 cash.

Bri Lee’s Eggshell Skull (A&U) won the People’s Choice Prize, worth $1000, and Ben McKelvey’s The Commando: The Life and Death of Cameron Baird (Hachette) picked up the Military History Prize, worth $3000.

The Waverley Council Nib Literary Award was established in 2002 to recognise the role of research in fiction and nonfiction. The Military History Prize was initiated in 2015, with the support of the Bondi Junction, North Bondi, and Rose Bay RSL sub-branches, to recognise a work that ‘illustrates the service and sacrifice of Australian service men and women, families or the broader home front, during or in relation to any threat of war’.

For more information about the award, visit the Waverley Library website.