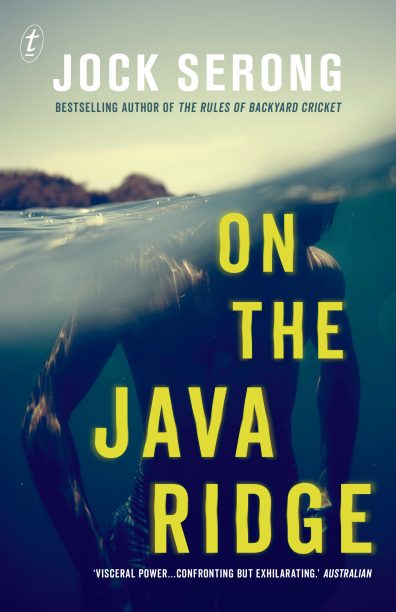 Australian author Jock Serong has won the inaugural Staunch Book Prize for his novel On the Java Ridge (Text).

The UK-based prize aims to ‘make space for an alternative to the overload of violence towards women in fiction’, and is awarded to a novel in the thriller genre where no woman is beaten, stalked, sexually exploited, raped or murdered.

Chosen from a shortlist of six—which included The Kennedy Moment (Peter Adamson, Myriad Editions), The Appraisal (Anna Porter, ECW Press), If I Die Tonight (AL Gaylin, Arrow), East of Hounslow (Khurrum Rahman, HQ Fiction), and an unpublished manuscript, Cops and Queens (Joyce Thompson)—On the Java Ridge tells the story of a group of Australian surf tourists who encounter a boat carrying asylum seekers during a storm.

The judges described On the Java Ridge as an ‘extraordinary, heart-stopping thriller’, while prize founder Bridget Lawless told the Guardian: ‘This is exactly the quality of thriller that Staunch set out to find … There is very strong writing, it’s very brutal, and there is violence, but there is nothing gratuitous. And one of the adversaries is nature, which we don’t see enough of.’

Launched earlier this year, the prize is currently funded by Lawless, who is seeking sponsors for next year’s award.