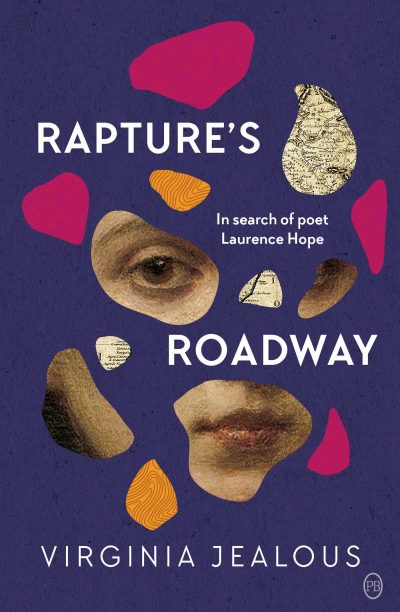 Author Virginia Jealous is a travel writer for Lonely Planet and a published poet in her own right, but in Rapture’s Roadway, she pursues her late father’s lifelong obsession with Edwardian poet Adela Florence Nicolson, who wrote under the male pseudonym Laurence Hope. Nicolson/Hope was an accomplished writer who penned erotic poetry about her experiences in colonial India during the 1890s. However, a biography of Hope is only part of Jealous’ goal. In Rapture’s Roadway, Jealous seeks to understand her own grief and loss, and to better know her late father by following in his footsteps. As a result, what we get is not quite enough of a memoir about her relationship with her father, but also not quite enough about Hope—the book is much too short to do either person any justice. Often it is only Jealous’ talent for travel writing that really shines, as she journeys from one locale to another, tracking her father and his trailblazing muse. Combining memoir, travelogue and literary biography, Rapture’s Roadway has a little bit of everything, but unfortunately not quite enough of anything to achieve a real sense of narrative cohesion.