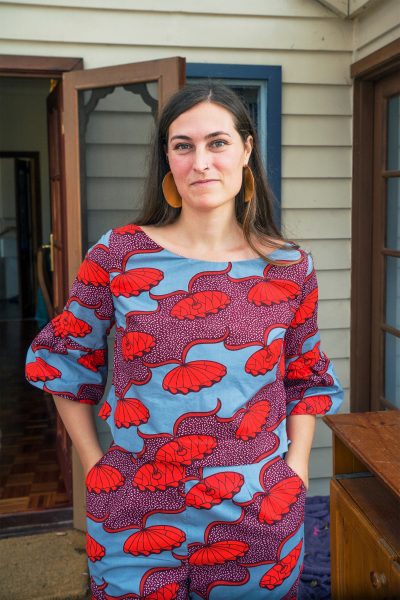 She grew up in Bermagui and spent several years studying music and performing around Melbourne before deciding to return to her love for the written word. In 2013, she graduated with distinction from RMIT University with a Bachelor in Creative Writing. She was the author of the novel Rain Birds (Black Inc.) and a celebrated short-story writer, whose work was shortlisted for the 2014 Overland VU Short Story Prize, the 2015 ABR Elizabeth Jolley Short Story Prize, and the 2016 Overland Neilma Sidney Short Story Prize. She worked for a number of years as managing editor of the Canary Press before relocating to Darwin, where she developed programs on the risks and effects of gambling with several Indigenous communities throughout the Territory.

‘The Canary Press as I remember it, was four years of unrelenting chaos. And always in the middle of it, with a calm gravity, was Harriet. She was unflappable (except in her love for a certain American author who, she said, “could flap me anytime”). As an editor—as in life—Harriet was tender, insightful, and incredibly generous with writers and their words. There would have been no magazine without her. She worked with love, passion and an unswerving dedication. She was a great friend and colleague, and we will miss her terribly.’

‘I am so proud to have published Harriet McKnight’s Rain Birds, an accomplished novel that draws insightful parallels between the loss of personal memory through dementia and our collective amnesia in regards to environmental devastation and the extinction of species. Harriet was a delight to work with and had such an empathic imagination; her writing always seemed wise beyond her years.’

‘Harriet was an extraordinary young woman, a great writer, with so much more to give and to live for. She was at once a gentle soul, fiercely intelligent and very funny. The Writing and Publishing community at RMIT, and Harriet’s fellow WrICE writers (Writers Immersion and Cultural Exchange) around the world are deeply saddened by her loss.’

‘At the launch of Rain Birds, aware that debut writers invariably get reviewed with consideration of their potential—“I look forward to what she will write next”—rather than the book they have worked so hard to craft, I made the following observation: “While Harriet is an intelligent and perceptive author of whom I am sure we will read more of in years to come, Rain Birds is such a quietly complete novel that I don’t think it necessary for Harriet to write another word.” While the loss of Harriet is not an eventuality that I could have ever imagined or yet come to understand, as a measure of her work I stand by the statement.’

‘Harriet was an empathetic, sharply perceptive writer of enormous skill, and a generous supporter of emerging Australian writers—but most importantly, she was a warm-hearted and gentle soul. I had the pleasure of getting to know her only briefly, during a residency in 2014, but I feel eminently lucky to have done so.’