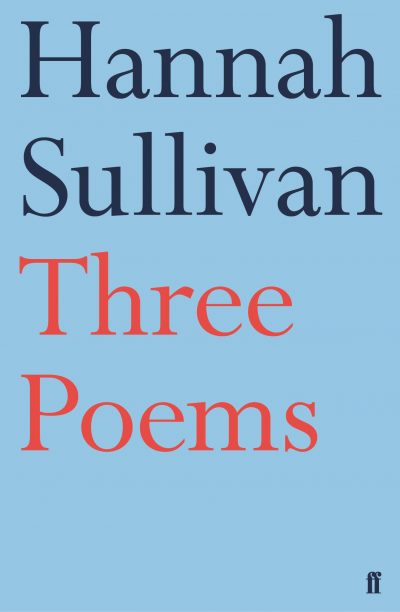 In the UK, London-based poet Hannah Sullivan has won the 2018 T S Eliot Prize for poetry.

Sullivan won the prize for her debut collection Three Poems (Faber), making it the third debut to win in the award’s 25-year history, following Ocean Vuong’s Night Sky with Exit Wounds (Jonathan Cape) in 2017 and Sarah Howe’s Loop of Jade (Chatto & Windus) in 2016.

Chair of judges Sinead Morrissey described Three Poems as ‘an astonishing debut, challenging the parameters of what poetry can do’.

‘Her collection stood out even amongst this year’s outstanding and diverse shortlist. Rarely has such a significant poet arrived so fully-formed,’ added Morrissey.

Established in 1993 and run by the T S Eliot Foundation, the prize is awarded annually to the best new collection of poetry published in the UK and Ireland. For more information, visit the award website.