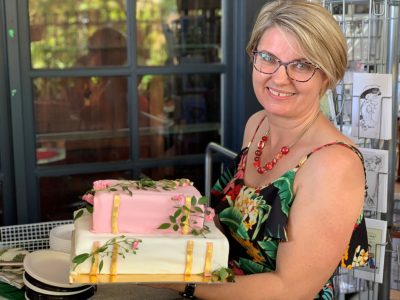 QLD indie Books of Buderim closes after more than 50 years

Books of Buderim, in the Sunshine Coast town of Buderim, has closed down after doing business for more than 50 years.

Owner Fiona Blond said: ‘It’s been an increasing struggle over the last few years with slowly declining sales and increasing costs. It’s been a very hard decision to make as the growth of a community around the bookshop was so important to me. With the lease due for renewal, the changes to the face of Buderim shopping and the increase in online retail shopping, we have been forced to evaluate how things were going, and if this is likely to change in the future. In the end, I decided it was time to bring to an end the bookshop dream.’

The independent bookshop had been operating in Buderim since 1967, stocking a range of fiction, nonfiction and children’s books, as well as gifts and stationery.

Blond said the store’s book-buying philosophy ‘was about providing a varied range so that all walks of life and all ages could find a treasure or two’. The shop ran a monthly book club, the Classics Bookclub, and supported many local causes including Gardens of Buderim Festival, Voices on the Coast and Anywhere Theatre Festival. ‘Community interaction has been integral to Books of Buderim’s business,’ said Blond.

Blond was also able to indulge her passion for events, with the shop hosting authors including Lynette Noni, Jessica Townsend and Peter Phelps, as well as many local authors. ‘They have offered the bookshop and me personally some of the most memorable discussions and presentations,’ said Blond.

Books of Buderim traded up until 24 December 2018, after which a farewell gathering was held on the premises.

Of the last few days of trading, Blond said: ‘The last few days were the most emotional, and the busiest. We were swamped with so many giving cards and gifts and just stopping in to tell us how much we will be missed. Everyone understood the need to shut the shop for financial reasons, but they were still very emotional about losing us and the shop after 50 years of business.’