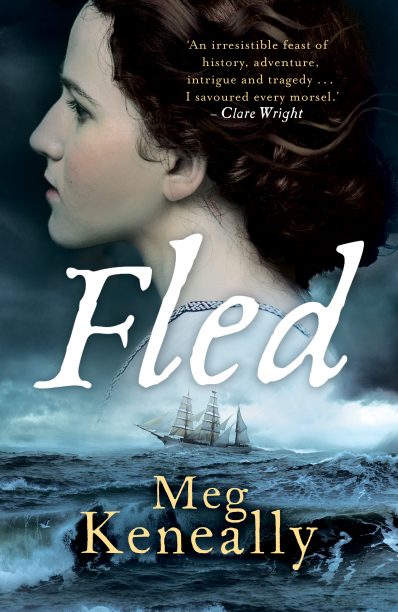 Having co-written the ‘Monsarrat’ historical fiction series with her father, Meg Keneally makes her solo debut with the gripping tale of one extraordinary woman’s life-long battle for survival. Following an impoverished childhood in 18th-century Cornwall, Jenny Trelawney is arrested for highway robbery and sentenced to be transported to a new penal colony on the other side of the world. After the convicts endure a harrowing sea voyage to reach Sydney Cove, the new settlement is beset by further hardships, and Jenny decides the only way to save herself and her children is to escape to the Dutch colonies in Indonesia, some three thousand miles away. Keneally doesn’t hold back in portraying the horrors of life for the lower classes in 18th-century England, or for the fledgling colony in New South Wales. Poverty, famine, sickness and human brutality are all described in unflinching detail, but the prose never becomes histrionic; Keneally’s matter-of-fact, almost dispassionate description of what her characters endured makes their suffering all the more tangible. Inspired by the real-life convict Mary Bryant, Jenny is a captivating protagonist. Witty and determined, she is a survivor who doesn’t allow herself to lose her humanity, and her story is one of overcoming the overwhelming odds that life throws at her. Fled promises a successful solo career for Keneally.