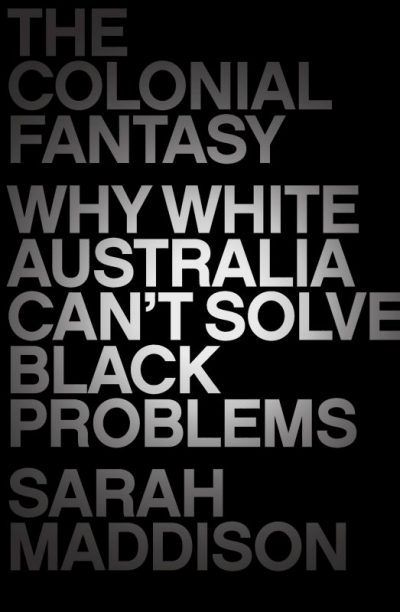 Underpinned by denial, myth-making and blame-shifting, the settler rationale is prevalent throughout Australian history, justifying the frontier wars, dispossession and the Stolen Generations. The Colonial Fantasy by Melbourne University professor Sarah Maddison describes how settler logic still informs the policy settings of modern Australian governments. Exploring the racist framing of policy-making—the ‘solution’ to the ‘Aboriginal problem’—through the lens of binary Indigenous-settler power structures, Maddison describes how current systems of intervention, incarceration and ‘closing the gap’ perpetuate the endgame of colonisation: the assimilationist or genocidal elimination of Indigenous people. This scrupulous analysis of Indigenous-settler relations advances a compelling case for constitutionally recognised clan-based treaties, designed specifically to ensure Australia’s First Nations reclaim genuine sovereignty. Such a move would foster a ‘radical resurgence’—a revitalisation of Indigenous languages, culture and spiritual links to land alongside absolute political autonomy. Amid alarming accounts of state-sanctioned brutality, which have caused irrevocable intergenerational trauma, there are stories of thriving Indigenous-led initiatives that provide heartening detail. Drawing on a diverse mix of Indigenous activists, writers and artists, The Colonial Fantasy is exceptional in its inclusivity and vision. This consequential and groundbreaking survey of Indigenous affairs is essential reading for all (politically engaged) Australians. It would recommend well to readers of the Quarterly Essay.

Carrie Croft is a Melbourne-based bookseller