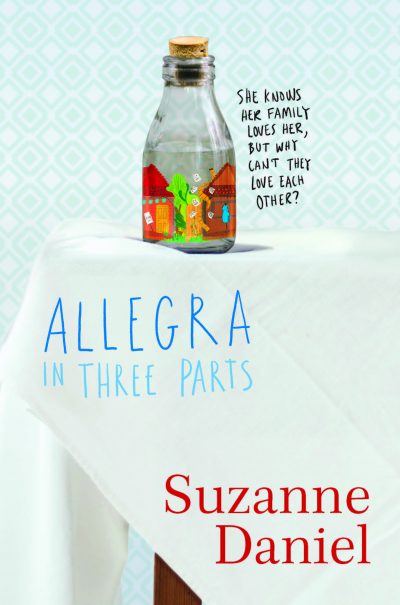 In this impressive debut novel, 11-year-old Allegra finds herself torn between the three adults in her life: her two grandmothers and her father. They live on adjoining blocks and adore her but avoid each other. It’s a complicated tangle of love but without the web of interconnection that forms a family. Allegra’s grandmothers are a contrast in extremes: Hungarian Holocaust survivor Matilde is stoic and gruff, nourishes her with Hungarian food and has high expectations for Allegra’s future; mystic Joy keeps her tears in glass bottles, has a tortoise called Simone de Beauvoir and is active in the women’s liberation movement. Allegra’s dad Rick likes to surf but is otherwise a mystery. Through her innocent eyes, we experience her confusion and frustration as she circumnavigates the cloud of secrecy surrounding her mother. Amid the backdrops of a Catholic primary school and a 1970s Bondi neighbourhood, Suzanne Daniel has cleverly woven in the feminism of the time (domestic violence, refuges, abortions), and she depicts some stirring scenes, such as one showing the synergy between Liszt and strudel-making. While the plot is slow to climax, it does so with a swelling crescendo as the tensions erupt. Allegra in Three Parts is an accomplished, moving and thoughtful read for a general audience.

Joanne Shiells is a former editor of Books+Publishing