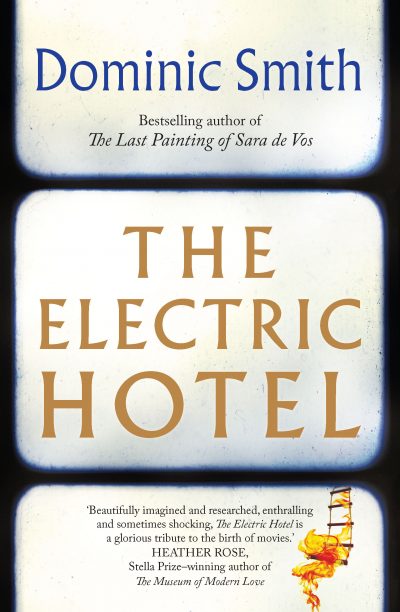 Dominic Smith’s The Electric Hotel is a sensory delight, retelling the life story of a former film director—known as ‘the Frenchman behind the viewfinder’—with the rich vocabulary of cinema. Claude Ballard, a French auteur of silent films now lost to history, is dragged out of obscurity by a film student interested in his masterpiece The Electric Hotel. Through interviews, readers learn of Ballard’s tutelage under cinema’s first greats, the Lumiere brothers, his struggles and successes in the early American studio days, and how an unrealised romance bled into his film, ultimately leaving him emotionally and financially bankrupt. Smith uses Ballard’s lost cinematic work as an anchor for this emotional and turbulent story, highlighting not only the incredible and alluring power of film but also its ability to provide structure and meaning to sometimes impossible lives, even if that same ‘art’ is tragic too: ‘When I dream of that old life I see it like a strip of burning celluloid,’ says Ballard. With a keen eye for cinema’s early history, The Electric Hotel will attract readers with an appetite for old Hollywood and keep them, with its protagonist’s story of ambition, art and redemption.