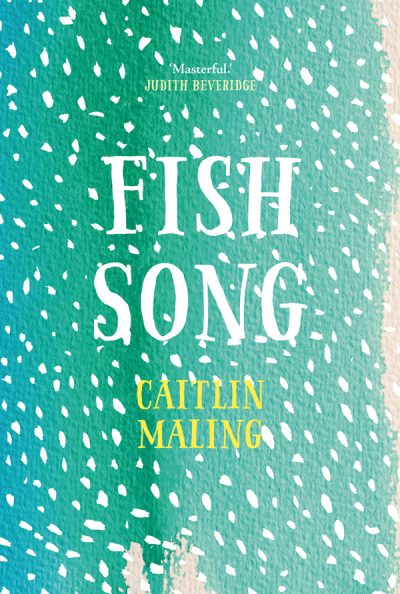 Fish Song is Caitlin Maling’s third full-length collection after her 2015 debut Conversations I’ve Never Had (shortlisted for the Dame Mary Gilmore Award and in the WA Premier’s Book Awards) and 2017’s Border Crossing. Fish Song is a story of return (the collection hums with the terroir of Western Australia) and Maling weaves her deep knowledge of WA coastal communities with the melancholy of seeing things once thought immutable, change. This is a book that deals with loss, both human and natural, through the keen observance of the surrounding world. Throughout, the landscape is disappearing. The irony of the age of climate change writes itself large—nature itself now dispossesses people of a land, which was taken from its first peoples by colonisation. What is left is a belonging, not an owning. Through the tracking of mundane observations, Maling shows that small movements are devastating, whether it is a walk that opens an operation wound, or the eroding coast. Maling puts herself in conversation with both John Kinsella and Randolph Stow, fellow WA landscape poets. Fish Song portrays the poignant white Australian love for a land that is undergoing drastic change, and is meant for all readers of poetry. With things as they are, Fish Song may be an important record of the Western Australian coast as it once was.

Sumudu Samarawickrama is a poet and West Writers Group member