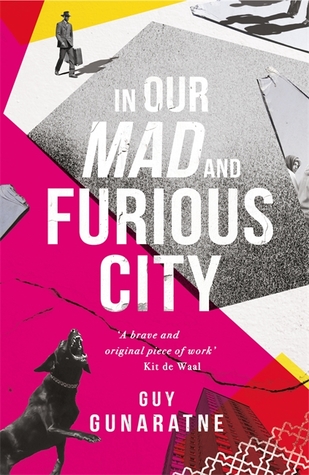 In the UK, British-Sri Lankan writer Guy Gunaratne has won the 2019 International Dylan Thomas Prize for his debut novel In Our Mad and Furious City (Tinder).

Prize judge Dai Smith said, ‘Once in a while, a work of fiction appears that uses voice, style and story, as only works of the imagination can, to let us enter, to makes us see, to demand we understand lives and circumstances seldom given that centre-stage position in our contemporary culture and society.

‘This is what Guy Gunaratne’s stunning multi-voice debut novel sets out to do and bravely achieves for marginal lives, young and old, in the unforgiving whirlpool of London today.’

Established in 2006, the £30,000 (A$55,000) prize is awarded to the best literary work in the English language written by an author under 40 and is administered by Swansea University.

In Our Mad and Furious City also won the 2019 Jhalak Prize earlier this month.