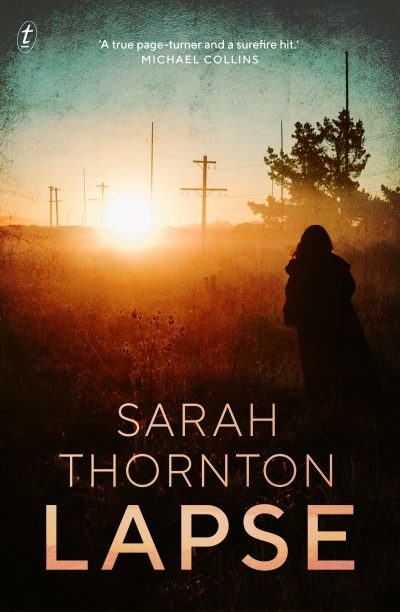 Former corporate lawyer Clementine Jones is holed up in a country town where no-one knows her past, and she’s hoping to keep it that way. During her self-imposed exile she finds herself coaching the Cats, a country-league football team that hasn’t had a win in decades. When her star player calls it quits, his reasons don’t ring true and Clementine follows a hunch that leads her into a world of small-town conspiracy, corruption and secrets that endangers her life and those around her. In the obsessive and testosterone-drenched world of football with its life-and-death importance to the small town, Clementine Jones holds her own. Sarah Thornton has given us a refreshingly strong, smart and nuanced female protagonist in her debut novel, the first of a series, and captures the country Aussie tone perfectly. There are occasional slips into cliché, but Clementine is a delight. Lapse is paced like a suspenseful footy match, scoring goals right up to the final siren. Unexpected twists and turns will keep readers on the edge of their seats until the end. Fans of rural crime, the likes of Jane Harper and Sarah Bailey, will enjoy this book.