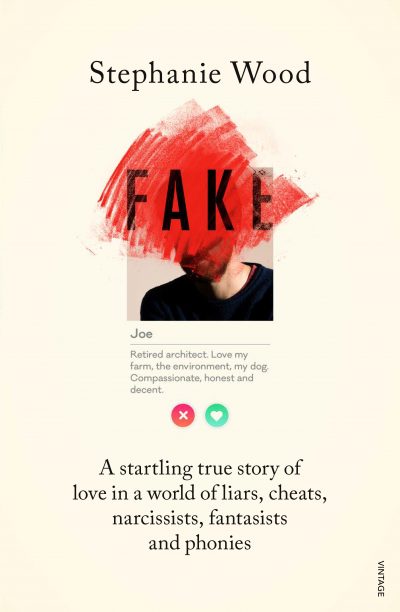 Fake: A startling true story of love in a world of liars, cheats, narcissists, fantasists and phonies (Stephanie Wood, Vintage)

In 2017 journalist Stephanie Wood penned a piece for Good Weekend magazine in which she detailed a relationship she’d had with a man she met online. The relationship went awry, however, when his lies began to unravel, revealing a different person and life altogether. That viral story has been expanded into Fake, a meticulously researched blend of memoir and investigative journalism that reads like a gripping thriller. Through her own story and those of other duped women—some of whom had dealings with the same duplicitous man—Wood paints a picture of love in the time of technological terror and how that intersects with society’s weighty, and undeniably gendered, romantic expectations. Her exploration of the complexities of emotional abuse is at once harrowing and revealing, especially when she draws on psychological theory to wade into the murky waters of narcissistic personality disorder. Wood’s prose is languid yet vivid and she establishes trust with the reader as she divulges her own moments of vulnerability and shame. While the epilogue reads a little too much like a self-help book, with Fake Wood has woven together a deeply immersive, incredibly human narrative that reveals truths both personal and universal.

Giselle Au-Nhien Nguyen is a Melbourne-based writer and bookseller